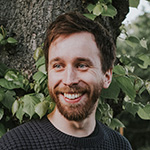 Over the last week I’ve been tinkering with Vue and figuring out the best way to bring Pose’s declarative animations and interactions to this fast-growing framework.

Today, I’m pleased to announce the first release of Pose for Vue!

Let’s take a look at this new library.

As with Pose for React, the core of the library is the posed object.

It’s used for making posed HTML and SVG components, components that will magically animate from a single prop change. No transition needed!

Pose will automatically figure out an animation based on the types of prop you’re animating. But, for those of you who haven’t used Pose before, it’s worth mentioning that you can have full control over transitions, and Pose offers full access to Popmotion Pure’s tween, spring, decay, physics and keyframes animations.

Of course, all the normal Pose features are here. Making a component respond to pointer interactions is a matter of a couple of props:

One of Pose’s most popular features is how simple it becomes to orchestrate animations throughout the DOM.

Pose for Vue is no different. Poses set on a parent component flow through the DOM automatically, so any children components with the same poses defined will animate too.

Properties like delayChildren and staggerChildren allow total control over when child animations get fired.

There’s even a special version of Vue’s transition component.

These “enter” and “exit” poses flow through children as with other posed components, so you can use this to orchestrate some complex animations.

That’s to say nothing of the powerful passive values or FLIP features, that are both here as expected.

Unfortunately, transition-group doesn’t offer JavaScript hooks for the move animations. Which means it would take serious time investment to offer the same feature with Pose for Vue.

If Pose for Vue proves popular, I’ll be able to take another look in the coming weeks.

Over the coming weeks we’ll be doubling-down on making Popmotion libraries easier to contribute to and more robust. That means introducing CircleCI, and improving test coverage around the DOM Pose flavours.

Until then, get started with Pose for Vue!